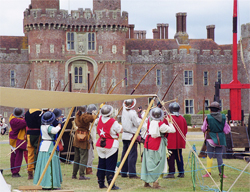 Twenty-nine years ago, England’s Medieval Festival (the Festival) at Herstmonceux Castle (the Castle) was begun by Clive Geisler an alumnus of Queen’s University Canada (Queen’s) and his wife Gilly, at the request of the then Principal of Queen’s, Dr. David Smith. The Festival was given the wholehearted endorsement and support of Alfred and Isabelle Bader who purchased the Castle for Queen’s in order to host an International Study Centre. The Baders actively supported the Festival from the first opening, and by attending the Festival in any year they were in the UK at their home in Bexhill-on-Sea. The Festival was needed to integrate a Canadian University into the fabric of the local community, and to friend-raise and fund raise for the study centre. For 29 years, the Festival raised, both directly and indirectly for the Castle and school, hundreds of thousands of pounds, and a similar number of friends. The Festival’s longevity broke the generation gap with families who attended the Festival as children later bringing their own children. Queen’s students came from all over the world to work at the Festival and take part through their medieval studies. The Festival was a living event where people grew up, fell in love and were even married. Trees were planted in the grounds by the families and friends in memory of loved ones who devoted their lives to the Castle and the Festival. 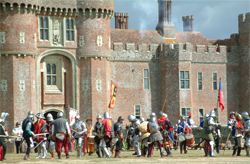 The Festival is the longest running, and largest international Medieval themed event in the UK, and the only continuously running event held at the Castle. The plan to have the Festival was agreed with the local council in the first planning application for the change of use of the Castle and grounds. A major influence was to give the Castle the ability to host such events for the community to enjoy. The Festival became integral to Sussex life as an annual focus with participants attending each year to celebrate English history on the grounds of a 15th Century moated castle with a history dating back to Roman times. It became a tremendous source of pride to host such a prestigious international event at the Castle. The Festival proudly boasted that it was open rain or shine and would never close. Even under the extreme uncertainty caused by the Covid pandemic, and with great cost and effort, the organisers, The Malcolm Group Events Ltd (MGEL) were able to continue to hold an event at the Castle for two years when hundreds of other events closed their doors disappointing their customers during the UK lockdown. In doing so, MGEL maintained the Festival’s continuity and honoured their contract and pledge as Queen’s alumni to support the Bader Dream. 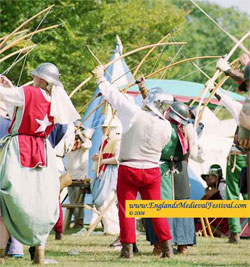 This spring with no notice and without any discussion with MGEL, the management at the Bader International Study Centre (the BISC) who own and operate the Castle, dropped a bombshell decision: their refusal to host the 30th edition of the annual Festival which they publicised via their own social media. MGEL made every effort to communicate with the BISC and find a solution to run the 30th anniversary Festival at the Castle in any form or scale that would be suitable to the BISC. MGEL even hired a professional to negotiate a solution, but to no avail. The BISC would not respond to any correspondence. Any reasons they gave in their social media press release for cancelling the hosting of the Festival became moot when they hosted another well attended event this spring on the very same grounds that the Festival would have used in August. MGEL finds that the actions by the BISC have been utterly incomprehensible.

In an effort to find an alternative host for the Festival, so as not to disappoint the many supporters of the Festival and the Castle, an extensive search has been undertaken throughout the South of England but all venues were either already booked for August Bank Holiday weekend or were just not suitable at this late date to host such an event.

Since Queen’s University Canada and Bader International Study Centre are totally and absolutely unwilling to discuss or negotiate hosting a festival or event in any size, shape or form on their Herstmonceux Castle property this year, MGEL has been left with no option but to formally cancel this much-loved international Festival for 2022. 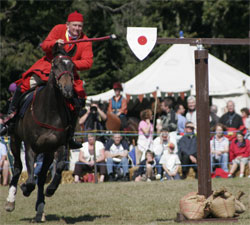 The Geisler family spent most of their working lives building this Festival event, and made extensive sacrifices to put it on each year. “I would personally on behalf of my wife and family like to thank all the thousands of Friends, Family, Alumni, Participants and Public Visitors who have travelled annually from across the UK and around the world to support the BISC and this truly iconic Medieval Festival that helped put Herstmonceux Castle back on the map’, said Clive M. Geisler, Managing Director of The Malcolm Group Events Ltd and Queen’s University Arts and Science Alumnus (Class of 1986).

There is currently a search for a new full-time Executive Director of the BISC (now Bader College). We are hopeful that the incoming Executive Director, The Bader Foundation and the boards of Queen’s University in Canada and the BISC in the UK will reconsider their position and work with MGEL to hold England’s Medieval Festival at Herstmonceux Castle in 2023 and beyond, and thereby allow the Festival to continue its mission to support the Castle. 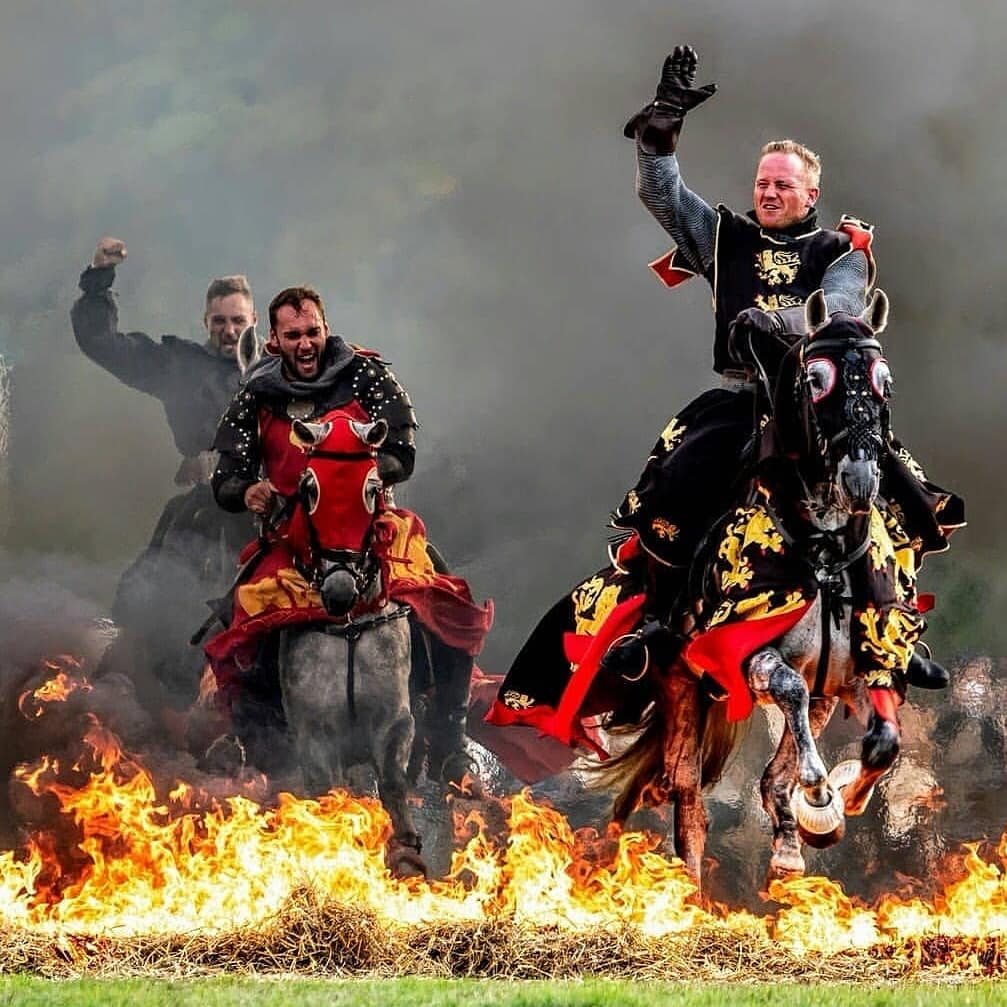