The History of  England’s Medieval Festival

The England's Medieval Festival was conceived in 1993 by Clive & Gilly Geisler as a celebration to mark the reopening to the public of the magnificent 15th century moated Herstmonceux Castle.

Set in 250 acres of beautiful rolling hills in East Sussex, the Castle was in need of a means to announce to the world that it was again open and a totally authentic medieval festival seemed an ideal solution.

The Festival grew to be the largest annual festival of its kind in England, attracting around thousands of visitors over the three days of the August Bank Holiday weekend.

The objective of the Festival was to re-create a setting that was so complete that visitors are transported back in time for the day. In order to achieve this, no effort or attention to small detail was too great.

From the moment of entering the grounds the experience is totally unique and inspiring. Visitors are greeted by costumed attendants and ticket sellers who speak olde English, immediately setting the tone and transforming the scene into the Middle Ages.

The first impression is one of awe, with colourful tents, marquees and hundreds of costumed merchants, knights in armour, archers, performers dancing and playing period musical instruments, fills the visitor with keen anticipation of the experience ahead.

Sadly in 2022 the owners of Herstmonceux Castle decided that after 29 years they would not continue to host England's Medieval Festival because they were re-wilding most of their grounds and there would not be emough space available to accommodate the Festival. (Link her for the complete story)

England's Medieval Festival will continue to make memories for all of its visitors at a new location in 2023, and will celebrate its 30th anniversary. 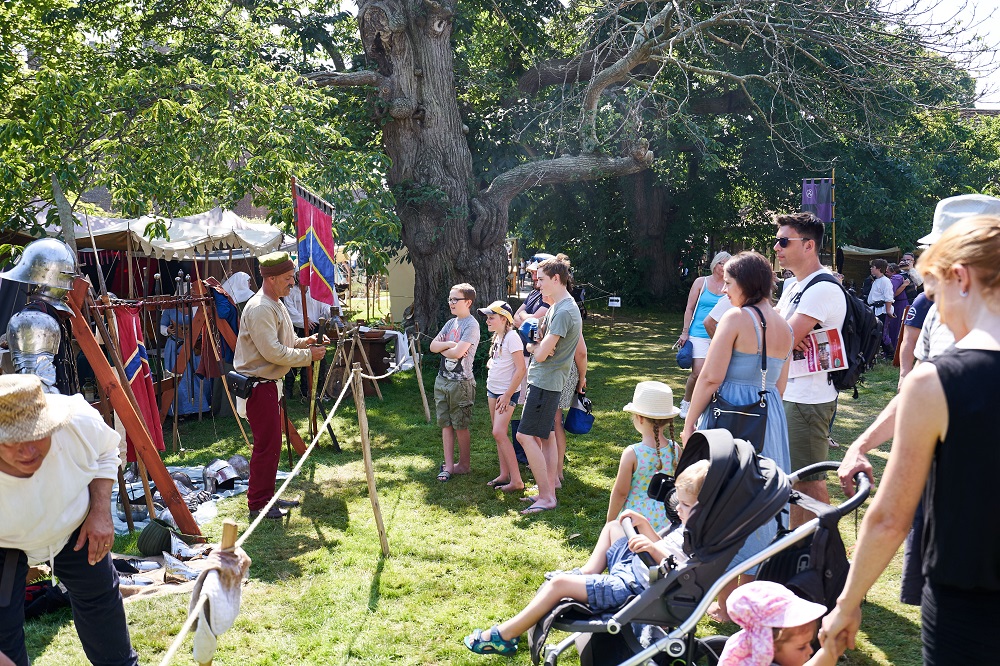